So far, there is no record of the establishment of the STP Jurakan Bogor library, however, it is estimated that the history of the establishment of the library was inseparable from the establishment of its parent institution, SPDMA on December 22, 1958, then in 1973 became SUPM. Since 1987, its status has increased to D3 Diklat APP Bogor and since 2001 has increased again to become D4 Department of Fisheries Extension STPP Bogor under the Ministry of Agriculture. In 2006, he moved to STP Jakarta under the Department of Maritime Affairs and Fisheries. The future discourse will stand alone as the Bogor Fisheries Extension School. Furthermore, the library is called the STP Jurluhkan Bogor library 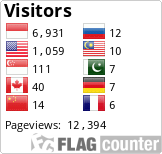